We are pleased and honoured to announce that the former BAPA GM Chair, our former National Black Police Association two term President and recently retired GMP Constable Charles Crichlow has been awarded the QPM in the 2020 New Year’s Honours.

I would like to think that this honour is an acknowledgement and recognition of the foundational work of the Black Police Association and the work that still needs to be done to bring policing into the 21st Century.

This is a tremendous honour for Charles, NBPA and BAPA GM as this award recognises his invaluable contribution to policing and the community. 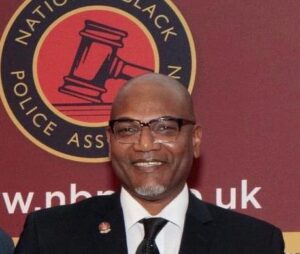 As a founder member and former Chair of BAPA GM, 2003 to 2009; former President of the NBPA in 2009 – Oct 2013 and Home Office Advisor, Charles has been instrumental in steering the direction of local and National Policing policies addressing inequality, lack of  progression and retention of Black, Asian and Minority Ethnic Officers and Staff across Policing throughout his 30 year career.

Interim President Andy George and BAPA GM Chair, Elaine Clarke-Williams agree “Charles is a dedicated and principled man who has devoted his career to helping others. As a two term NBPA President he helped steer the association through a very difficult time and laid the foundations for us to continue pushing for racial equality in policing.

The BAPA GM Executive and NBPA send our warmest and sincere congratulations to Charles and his family, who will no doubt be celebrating this proud achievement.

« Want a challenge? Become a magistrate? Come and Join Us!
Black & Asian Police Association Manchester are celebrate Black History Month with a range of cultural events and speaker series »